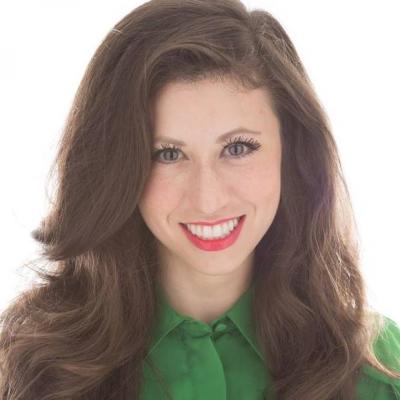 National Association of Teachers of Singing
Member since 2009

Noted as, “A joy to work with and charming onstage,” by NWSA teacher and tenor Rodney Miller, Sonia’s deliberate attention to text and delicacy in the beauty of voice is unmatched in today’s competition. She holds a Bachelors of Music in Voice Performance from the New World School of the Arts College Conservatory in Miami, a Masters of Music from the Chicago College of Performing Arts College Conservatory at Roosevelt in Chicago, and a certification in commercial music vocal pedagogy and performance from The Contemporary Commercial Music Vocal Pedagogy Institute at Shenandoah University.

During her undergraduate degree, she played a delightful Giulia in The Gondoliers, sang scenes as Papagena from Die Zauberflöte, and was featured as a strong-willed Adele from Die Fledermaus. At the Colony Theater of Lincoln Road she created a playful Rosina from Il Barbiere di Siviglia with the ease of a young girl in love. From 2007-2008 she performed in scenes at Chicago’s Ganz Hall as Sophie from Werther, Leila from Les pêcheurs de perles, and as Dorinda from Handel’s Orlando amongst others where she completed her M.M. at the Chicago College of Performing Arts. In 2009 Sonia traveled to Israel and performed large-scale productions with Encore! The Jerusalem Gilbert and Sullivan Society as both Constance from The Sorcerer and Edith from Pirates of Penzance. In 2010 she was cast as as the beautifully aloof Elaine Harper in the originally-written musical, Arsenic! The Musical by Way Off Productions and enjoyed the hands-on collaborative approach in transforming a newly written piece to the stage. In early 2011 she was chosen as the soloist for the Pilot, “Santa Maria” that was pitched to HBO. From then to 2016 she performed as an alumni soloist with Seth Bisen-Hersh’s Don’t Tell Mama Showcase in Manhattan and was featured in his “350th Anniversary Octopalooza”. In 2017 Sonia was named as “Best Leading Actress in a Musical” by BroadwayWorld San Antonio for her lead role in the Rodgers & Hammerstein hit, “A Grand Night For Singing”. In the same year, Sonia also sang original compositions in a concert by local composer, Keith Allegretti, and was active in the Austin singing and teaching community. In July 2018, Sonia sang in two public performances for the “Festival Art et Musique de Rivière-Beaudette” for the Neil Semer Vocal Institute in Canada. She now resides in Edmond, Oklahoma and looks forward to continue singing both locally and abroad.